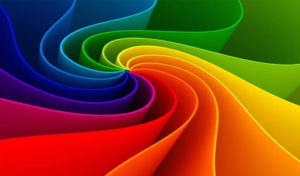 In the Tarot, every detail is important, starting with the figures continuing up to posture, objects, eyes, expression, everything in practice contributes to giving a particular sense to reading.

This set of details is actually a kind of silent alphabet, a visual trace that can only be glimpsed and interpreted by those who can observe well, not look!

The technique of observing implies patience, profound humility and total dedication; if in the Tarot, for example, one figure wears a hat and the other has instead appears without, if on the way of Death there are only hands and feet but not bodies, there will certainly be a reason.

In the same way, the color in which the cards are presented was certainly not chosen by chance; the colors are ambivalent: their meaning cannot be purely positive or negative.

White: purity, ecstasy, immortality. White is the veil that wraps the Popess, white the pages of the book that she holds open on her knees, symbols of wisdom and introspection. White has always opposed Black, and this opposition is easily visible in the Arcanum of Death where rationality separates from emotions.

Yellow: light of intellect and consciousness. It has been compared to gold, a symbol of spiritual wealth.

Green: vital color of exuberance, it recalls the eternal rebirth, the perpetual transformation. In the unconscious, the green color symbolizes attachment to the mother

Blue: is present in all the Arcana and is directly connected to all four elements; it is a color that stimulates hospitality, collaboration, intellectual exchange, loyalty and intuition.

Light Blue: this color opposes red in the same way as water opposes fire. It is a cold color, associated with the psychic state, the soul and the night. Indicates intuition, sixth sense, mediumistic and psychic faculties.

Black: its lower meaning is mourning, death, aging and pain. In its highest symbolism it is the color that precedes white, and from which it extracts its reason for being; if white manifests Being, black expresses Non-Being, or in any case non-manifestation.

Violet: is a mixture of red, the most active, and blue, the most receptive. The union of the two represents supreme wisdom. It is also the color of sacrifice.